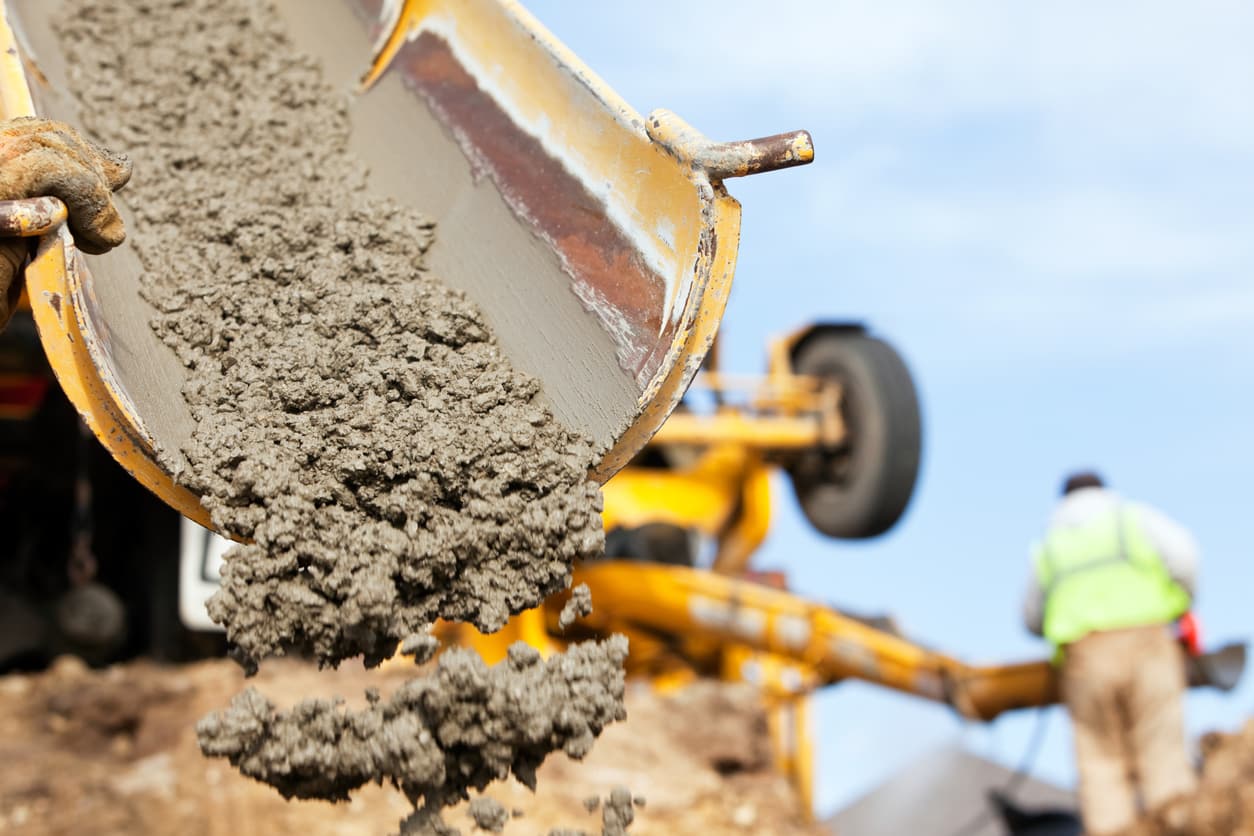 Everlast Services are concrete aficionados. We use it for everything, and whether you enlist us for a fencing, decking or landscaping service, chances are we’ll be using our favourite material in one way or another.

Because it’s incredible and it delivers on three fronts – durability, cost and maintenance. So, to celebrate this miraculous substance, we thought we’d give you a little lesson in the history of concrete.

Ancient, crude forms of concrete were made by crushing or burning limestone and gypsum, and then adding sand and water. These crude forms were refined over the years until they developed into what we know today as concrete.

The precursor to modern cement was developed in around 1300 BC. Middle Eastern builders struck construction gold when they found that a damp coating of burned limestone on exterior walls reacted with the gases in the air to create a hard, protective surface.

The Nabataea or Bedouin traders built the first concrete-like structures in southern Syria and northern Jordan in 6500 BC. By 700 BC, they were building kilns to create waterproof cisterns, concrete floor and rubble-wall houses.

Like the team at Everlast, the Nabataeans understood the need to keep a low-slump or dry mix to avoid any voids or weaknesses created by excess water. This meant they used practices like tamping to produce more gel and build a stronger bond between the particulates and the aggregate.

To create a stronger form of cement, the people of northern China used glutinous, sticky rice. This rice is actually a critical ingredient in the Great Wall of China.

The March of Technology

Since the earliest uses of concrete, there has been very little innovation in it’s composition. In many ways, concrete technology actually went backwards. The addition of pozzolan to create waterproof cement was lost after the fall of the Roman Empire in 476 AD. It wasn’t rediscovered until 1414 AD when some manuscripts outlining the techniques were found.

John Smeaton made the most significant contribution to concrete technology in 1793. He discovered a new method for producing hydraulic lime for cement. He used limestone containing clay and turned into a clinker before grinding it into a powder.

Then, in 1824 another Englishman Joseph Aspdin burned chalk and clay in a kiln to remove carbon dioxide. Portland cement was born. It was given this name because the finished product resembled the high-quality building stones sourced from Portland, England. This concrete is still the standard used today.

During the 19th Century, concrete was used in industrial applications. Between 1850 and 1880 François Coignet perfected the use of Portland cement in home building. He did this by using steel rods to prevent exterior walls from spreading. This was the earliest form of re-bar. This invention gave rise to a more widespread use of Portland reinforced concrete.

When August Perret built an apartment in Paris using steel-reinforced concrete for the columns, beams and floor slabs, he made concrete an acceptable architectural material. Perret gave concrete a use beyond a mere construction element.

Today, the tallest structure in the world is made of reinforced concrete. The Burj Khalifa in Dubai is 2,717 feet tall. It features residences as well as a whole series of swimming pools, nightclubs, hotels, offices spaces and retail outlets. All made possible by the continual improvements made on concrete.

With 431,600 cubic yards of concrete and 61,000 tonnes of rebar, this building can hold 35,000 people at once. It features 160 stories and is able to withstand the hot, humid climate of Dubai. Without concrete, it would never have existed.

As you can see, the story of concrete is a linear one. Beginning with the earliest forms of burnt limestone and gypsum, to the discoveries of the Middle Eastern Builders and the Nabatean traders, as well as the use of sticky rice, kilns and every other significant milestone all led to the creation of a material that could create a marvel of the modern era of construction.

Everlast Services is proud to be part of this story. We honour all these developments by pouring passion into every mix, pour and finish. We’re committed concreters who love this material.

Whether you go for a concrete driveway or use decorative concrete techniques to decorate your home or backyard there’s nothing quite like the myriad of benefits you get when you go cement.